Ok, here they are, what I know you all must have been waiting for, new original artwork!!! There will be both the originals and prints available at Orycon on the weekend of Nov 2-4, in Portland, Oregon. After that I'll have prints up for sale in my etsy store, vandycraft. Here are some pictures of artwork along with their inspirations: 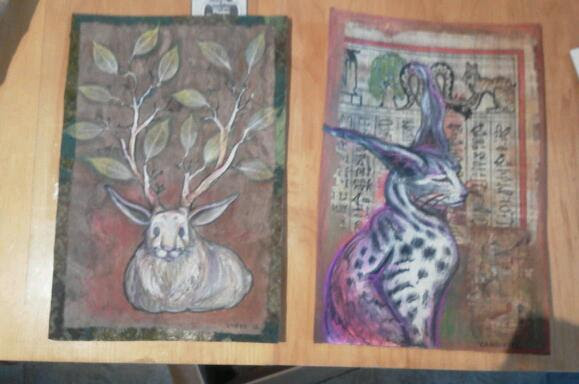 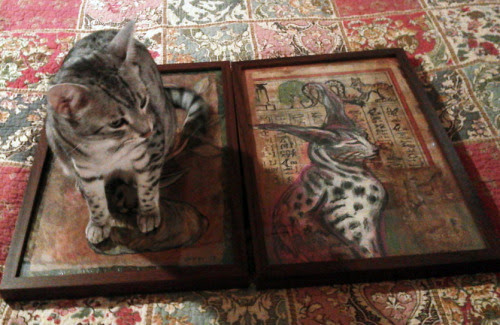 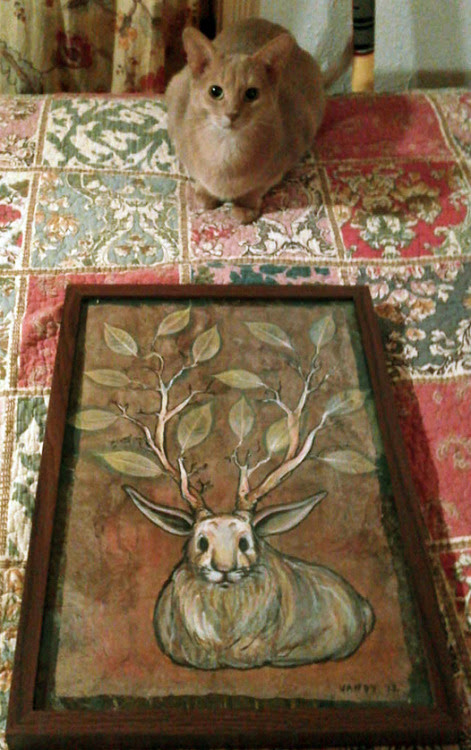 It's glass pumpkin time again! I keep meaning to update and not getting around to it... so here are a couple teaser pictures of glass pumpkins. And I promise more to come. :-) 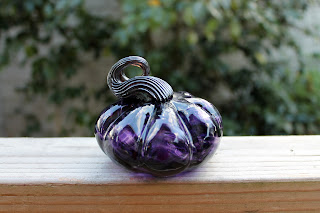 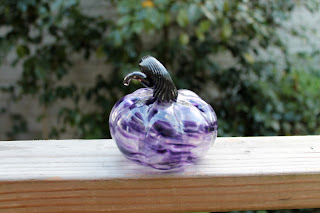 Posted by ElfieDoom at 12:35 AM No comments:

This is just a quick post since I’m absolutely exhausted, but I finished the wedding goblets for my friends Sterling and Carey today AND gave them to the couple at the wedding today (yeah, cutting it a bit close, I know), and I wanted to post pictures. I’ll post more about the project later, but these are pretty much miracle goblets. I was sick for three weeks out of the two months I had to make the goblets, the bronze parts had some serious last minute issues, one of the glasses fell out of the base and broke as the glue was drying and got replaced with another goblet top from several years ago that I managed to find on a shelf before the epoxy set, and for all of that I think they are pretty swell. So yay! Hopefully that is a good sign that through thick and thin this couple can make things work out beautifully. 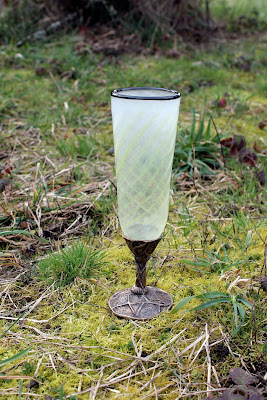 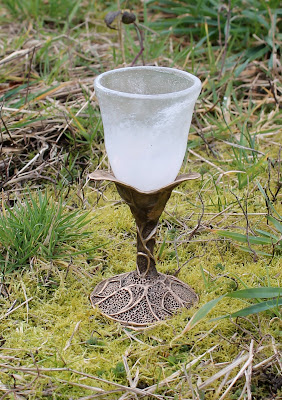 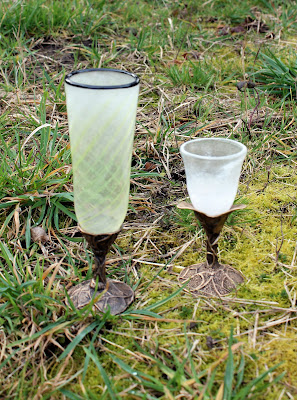 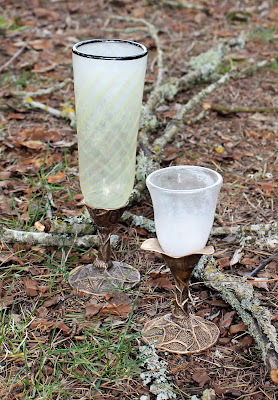 Posted by ElfieDoom at 8:43 PM No comments:

I keep putting off blogging and I keep saying I’m going to do it… so here I go!
Eventually I plan on transferring my art blog to my website which will be getting a facelift soon: www.vandyhall.com. But for now, it can exist here, even though all of my past entries are terribly out of date.

Here are a couple pictures of a project I’ve been working on recently. It’s mostly done, and I went ahead and photographed it since I needed photos to apply for some scholarships. Allthat’s left to do is to sand blast some imagery and text on the glass vessel. Well, and disassemble and reassemble it of course. And take more pictures. It will be interesting to see how differently I arrange the contents of the glass once there is imagery on it. I originally planned on filling a lot more empty space with images rather than objects or texture. I may risk over doing things at this point, but hey, I have pictures of it now and can rearrange the contents as much as I need to in order to make it work after I do the sand blasting, so it can keep evolving as a work of art.

One of the things I’d like to eventually spend more time blogging about are interesting materials I try out. In the above project I made great use of an interesting two part epoxy resin produced by tap plastics. It’s a two part putty that you knead together and then model like clay. I shaped it over wire armatures. I have several other projects in mind with it and will try to remember to take some in progress pictures. And to actually look up the name of the stuff. One thing I was VERY impressed with was the fact that it was still good. My dad bought me a couple gallon buckets of the stuff as a Christmas present six or seven years ago and it was supposed to have a one year shelf life and it was almost as soft as when I first opened it when I dug it out for this project. At any rate, I promise to come back to this subject with more facts. But TAP Plastics, a seriously cool place!
In addition to making stuff I’m attempting to actually set some goals for myself and get off my butt and send in entries to shows again. I realized a little while ago that I’ve become incredibly lazy when it comes to shows. I’ve pretty much only done the shows that have fallen into my lap in the last several years. Most of my recent work has been commission based and craft or theme driven. But I’ve been really wanting to do more Art. A good way to make this a priority is to make doing more shows a priority. And I actually have some new stuff, probably enough to do a two or three man show even. I was reading a metal art blog where the artist was writing about having a goal of applying to a minimum of 24 shows a year. That seems like both so little and so many all at once. But it also seems like a good goal for me. So I spent some time last night looking through calls for artists and have five on my list so far as possibilities to submit for and am going to keep it up. I’m hoping that writing this stuff in a public forum will also help me live up to my goals…
Well that is plenty for today. I’m spending this weekend working on finishing up a wedding present and the wedding is tomorrow. You know I’ll be doing finishing working until the wee hours in the morning, because that’s how we work, so it’s back to the grind stone for me and I promise pictures after the lucky couple receive their gifts!
Posted by ElfieDoom at 9:17 PM No comments: